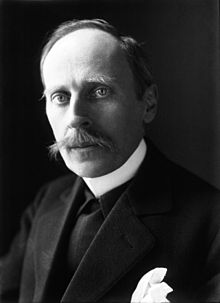 Romain Rolland (French: [ʁɔlɑ̃]; 29 January 1866 – 30 December 1944) was a French dramatist, novelist, essayist, art historian and mystic who was awarded the Nobel Prize for Literature in 1915 "as a tribute to the lofty idealism of his literary production and to the sympathy and love of truth with which he has described different types of human beings".

To understand everything is to hate nothing.

Everything, Hate, Nothing, Understand

As a result of all his education, from everything he hears and sees around him, the child absorbs such a lot of lies and foolish nonsense, mixed in with essential truths, that the first duty of the adolescent who wants to be a healthy man is to disgorge it all.

A hero is a man who does what he can.

One day History will pass judgment on each of the nations at war; she will weigh their measure of errors, lies, and heinous follies. Let us try to make ours light before her!

Any man who is really a man must learn to be alone in the midst of others, to think alone for others, and, if necessary, against others.

I find war detestable but those who praise it without participating in it even more so.

It is the artist's business to create sunshine when the sun fails.

There is only one necessary condition for the emergence of a new theatre, that the stage and auditorium should be open to the masses, should be able to contain a people and the actions of a people.

Religious faith in the case of the Hindus has never been allowed to run counter to scientific laws, moreover the former is never made a condition for the knowledge they teach, but there are always scrupulously careful to take into consideration the possibility that by reason both the agnostic and atheist may attain truth in their own way. Such tolerance may be surprising to religious believers in the West, but it is an integral part of Vedantic belief.

The theatre, like the fresco, is art fitted to its place. And therefore it is above all else the human art, the living art.

I would rather have this life of combat than the moral calm and mournful stupor of these last years. God give me struggle, enemies, howling crowds, all the combot of which I am capable.

If there is one place on the face of the earth where all the dreams of living men have found a home from the very earliest days when man began the dream of existence, it is India. For more than 30 centuries, the tree of vision, with all its thousand branches and their millions of twigs, has sprung from this torrid land, the burning womb of the Gods. It renews itself tirelessly showing no signs of decay.

To a man whose mind is free there is something even more intolerable in the sufferings of animals than in the sufferings of man. For with the latter it is at least admitted that suffering is evil and that the man who causes it is a criminal. But thousands of animals are uselessly butchered every day without a shadow of remorse. If any man were to refer to it, he would be thought ridiculous. And that is the unpardonable crime.

Everything is music for the born musician.

A great nation assailed by war has not only its frontiers to protect: it must also protect its good sense. It must protect itself from the hallucinations, injustices, and follies which the plague lets loose.

Everyone, deep down within, carries a small cemetery of those he has loved.

Carrie, Cemetery, Deep, Deep Down, Down

When nothing hampers action, the soul has fewer reasons for action.

Mozart was able to do what he wished in music and he never wished to so what was beyond him.

Leave your theories. All theories, you see, even those of virtue, are bad, foolish, mischievous.