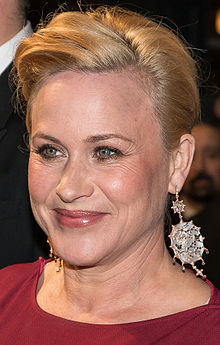 Women have more rights, and women do have their own power in the world.

I'm supporting anyone except Donald Trump.

I hope some of your DNA transferred to me.

If somebody needs, like, a phone call every day or some kind of constant companionship, I'm not a really good friend for them. I can talk to my best friend every couple years and be really happy.

The good news is that we have a very active part of America that wants some radical progress.

What I did find out because I grew up with a lot of chaos early on: sometimes, you're born into a family, and their norm is already in your red zone of dangerous feeling or feeling too chaotic. You don't get to really do anything about that when you're a kid.

A lot of being an actor is being something that people imagine you to be.

To every woman who gave birth, to every citizen and taxpayer, it's our time to have wage equality once and for all and equal rights for women of the United States of America!

Neither of us entered marriage thinking it wouldn't be a strain. Life has strains in it, and he's the person I want to strain with.

Hippy people had a hopeful idea of what they wanted the world to be like, then most of them changed into corporate Yuppies. But I still have that hippy thing underneath somewhere.

There's tens of millions of families with single mothers who are living at 100 to 200 percent below the poverty level and these are not women that are on welfare, these are working women. How different would there life be if they're making an extra 40 to 60 cents to the dollar. We can't do this to our kids anymore.

Young people - there's been very little places in positions of authority in law enforcement for young people's skill sets, but the truth is we need them.

The Hope, Love & Healing necklace is the perfect embodiment of what we are trying to bring to Haiti through safe and sustainable housing, sanitation solutions, and water filtration devices.

In the United States we have more women in poverty than any other industrialized nation.

Of course, a lot of courtship and dating is about sexual attraction. If you're an attractive person, you have that sort of interest from people, whether you cater to it or not, but when you get older, that's not really the leading thing anymore.

There are a lot of parts of who I am that no one in the public has ever known, but the older I've gotten, the more I've appreciated my own strange little self and come to terms with that.

Gotten, Littles, Older, Self, Who I Am