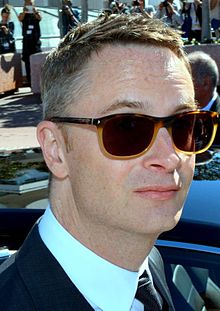 I just close my eyes and I fantasize what I would like to see.

I remember To Live And Die In L. A. I saw that in the cinemas when I was young in the '80s. I remember the poster. It's a great poster.

I love watching the superhero movies and I would love to make one.

In "Drive," there's a heightened male edge. In "Only God Forgives," it was almost crawling back into the womb of the mother. And now with "The Neon Demon," being reborn as a 16-year-old girl.

The thing with Ryan, you can look at him for hours. Very few actors have that. It's a gift.

Only God Forgives was very much a generation gap in a way. It was all the youth of the world that embraced it. I make films for young people. That's what I will continue to do.

If you create something that is essentially alien to you - as a man - and make a film about woman, the more I can surround myself with woman and combine it with my soul's point of view, the more I become a stranger in a strange land.

I don't know if power seduces less or more. I think power is a constant evolving mechanism that, since the dawn of time, on one level corrupts and on another level does not. But I think, no matter what, mutates.

There's incredible effect in being either loved or hated, but knowing that, either way, you have penetrated the mind and have altered it; that is a very pleasurable feeling.

I think everybody's looking for religion to believe in. I think we all need faith.

My movie [The Neon Demon] is a hyper-version of the obsession with beauty. As this crazy obsession grows, longevity does not. Everything seems to become younger and younger. The girls and people around them cannibalize themselves.

In a way "Drive" is probably the greatest superhero movie ever made.

I grew up in the '80s and John Hughes was the filmmaker making serious movies for teenagers.

Nowadays, teenagers are so fast and quick to see through any form of manipulation. Sitting down and just thinking of something is like watching really bad pornography.

I have not seen "Batman v Superman," unfortunately. It hasn't been on the plane, as I've been flying a lot.

The vibe, it's that excitement. New York, you just can't describe it. You get a similar thing from Paris and London, but it's not New York.

The problem with cinema nowadays is that it's a math problem. People can read a film mathematically; they know when this comes or that comes; in about 30 minutes, it's going to be over and have an ending. So film has become a mathematical solution. And that is boring, because art is not mathematical.

Doing your first film, it's very important that it's a commercial success, because that gives you a couple times to experiment until you have to hit the jackpot again.

Elle Fanning was fifteen when we started [The Neon Demon]. She turned seventeen during the shoot. Four weeks before Cannes, she turned eighteen. She had her prom at Cannes.