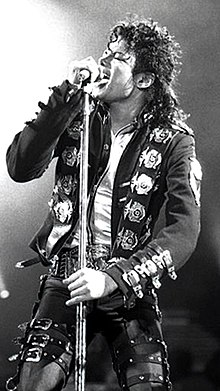 Michael Joseph Jackson (August 29, 1958 – June 25, 2009) was an American singer, songwriter, and dancer. Dubbed the "King of Pop", he was one of the most popular entertainers in the world, and was the best-selling music artist during the year of his death. Jackson's contributions to music, dance, and fashion along with his publicized personal life made him a global figure in popular culture for over four decades.

Everyday create your history, every path you take you're leaving your legacy.

My life is very complicated. I have a lot of things going on. I am juggling a lot of responsibilities. There is so much going on that it is astounding, it really is.

But if you don't have that memory of being loved, you are condemned to search the world for something to fill you up. But no matter how much money you make or how famous you become, you will still feel empty. What you are really searching for is unconditional love, unqualified acceptance. And that was the one thing that was denied to you at birth.

I love Switzerland. It's so clean and cool. We don't get much snow where I live so I get real excited in Lausanne and Geneva. I'd like to buy a house there when I'm older and settle down. It's all so cute that it looks like a movie set.

Beer may cause you to digress - and lead a happier life.

Elizabeth Taylor is gorgeous, beautiful, and she still is today, I'm crazy about her.

I wanted so badly to play in the park across the street because the kids were playing baseball and football but I had to record.

I've helped many, many, many children, thousands of children, cancer kids, leukemia kids.

I love my fans to pieces. They're with me. They get it, you know? They get what I'm saying.

The greatest education in the world is watching the masters at work.

All the things I've read in my school books about England and the Queen were okay, but my eyes are the greatest book in the world.

The Earth we share is not just a rock tossed through space, but a living, nurturing being. She cares for us, she deserves our care in return.

Unconditional love is all you have. You can't overdose on love, you never can. It's a beautiful thing.

I'm going to search for my star until I find it. It's hidden in the drawer of innocence, wrapped in a scarf of wonder.

I never have felt that people should feel that they are better than others, simply because they just happen to possess a larger share of material items and monetary wealth than others less fortunate. I believe in sharing, assisting, and just lending a helping hand to people.

I could compose and write music and get to share it with the masses and the people around the world and to have them to receive it so beautifully - I love that.

Before you Judge me, Try hard to Love me

She's saying that's ok, Hey baby, do what you want I'll be your night lovin' thing I'll be the freak you can taunt And I don't care what you say I want to go too far I'll be your everything If you make me a star. . . Dirty Diana

It's been my dream since I was a child to somehow unite people of the world through love and music.

When you know something is wrong for you, you have to make difficult decisions and trust your instincts.