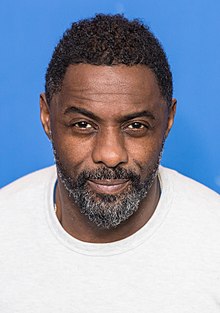 Idrissa Akuna "Idris" Elba OBE (/ˈɪdrɪs ˈɛlbə/, born 6 September 1972) is a British actor, producer, musician, and DJ. He is best known for playing DCI John Luther on the BBC One series Luther as well as the narcotrafficker Stringer Bell in the HBO series The Wire, and Nelson Mandela in the biographical film Mandela: Long Walk to Freedom (2013). He has been nominated four times for a Golden Globe Award for Best Actor – Miniseries or Television Film, winning one, and was nominated five times for a Primetime Emmy Award.

Every single film I've done, it's about the character.

I wanted to be on American TV so much. I didn't park DJ'ing; I just sort of ended up becoming more of a studio guy. I had a bit more money and I could buy every little piece of equipment and drum machine that had just come out - I've got quite a collection now - and I continued to collect music.

I lived in America for a long time before I started working as an actor. Some actors show up on set and have never done an American accent before, so they rely on a slew of technical mechanisms. Part of what makes an accent is understanding why people speak that way - you have to understand the culture.

People watch three or four episodes at a time of their shows.

The adrenaline feeling of jumping out of cliffs and bikes and all of that is very specific to the film. In 'Pac Rim' I'm not doing that so much. There isn't that touch stonework for me in it, but there is a lot of action.

If I was gonna go to jail, I don't want to go to jail for stealing a bottle of water. I'll steal that $20 million. At least then it was worth it.

There are things that I really find important, and that we need to remind ourselves of. When you think about disability, do you really think about it? Someone who's a full-time trainer or a boxer, someone who's got a major disability, but who doesn't let that get in his way, that's a really good message for someone who is able-bodied. It can make them think, 'Wow, I suppose I could be doing better for myself. '

[Sometimes] I sit in front of my [gaming] console with my headphones on and I play. I love that. It's a nice form of escapism.

I'm an ambitious person. I never consider myself in competition with anyone, and I'm not saying that from an arrogant standpoint, it's just that my journey started so, so long ago, and I'm still on it and I won't stand still.

I love working. I'm a workaholic and I'm really privileged for some of the jobs I get offered and so I just want to keep going.

There's a fast-track if you can do the networking. For some personalities it works, but for mine it doesn't.

The less I talk about being black, the better.

It's actually quite criminal how 'The Wire' was systematically ignored.

It's weird because my parents don't really understand my business. I get fan mail all day long, but if a piece happens to get to their house, they're like, 'Oh, my God, you've got a fan! You have to write them back. You have to do it!

The one album I can't live without is called 'Cumbolo' by a band called Culture. Every song on their album is deep, but there's one in particular called 'This Train. ' I have a tattoo of the lyrics on my left arm.

The English are good at bad guys - the James Bond-style villain, cunning, slow-burning. The Americans are much more obvious about it.