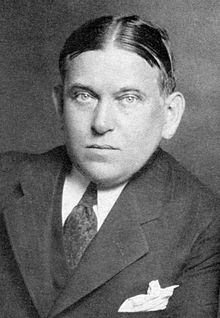 Henry Louis Mencken (September 12, 1880 – January 29, 1956) was an American journalist, satirist, cultural critic and scholar of American English. Known as the "Sage of Baltimore", he is regarded as one of the most influential American writers and prose stylists of the first half of the 20th century. He commented widely on the social scene, literature, music, prominent politicians and contemporary movements. His satirical reporting on the Scopes trial, which he dubbed the "Monkey Trial", also gained him attention.

Suicide is a belated acquiescence in the opinion of one's wife's relatives.

Once a woman passes a certain point in intelligence, it is almost impossible to get a husband: she simply cannot go on listening [to men] without snickering.

Dull, Life, Sex, Unbearably, Would Be

The time must come inevitably when mankind shall surmount the imbecility of religion, as it has surmounted the imbecility of religion's ally, magic. It is impossible to imagine this world being really civilized so long as so much nonsense survives. In even its highest forms religion embraces concepts that run counter to all common sense. It can be defended only by making assumptions and adopting rules of logic that are never heard of in any other field of human thinking.

The most common of all follies is to believe in the palpably untrue.

The double standard of morality will survive in this world so long as the woman whose husband has been lured away is favoured with the sympathetic tears of other women, and a man whose wife has made off is laughed at by other men.

Every man sees in his relatives, and especially in his cousins, a series of grotesque caricatures of himself.

The more I think you over, the more it comes home to me what an unmitigated Middle Victorian ass you are!

Giving every man a vote has no more made men wise and free than Christianity has made them good.

Truth would quickly cease to be stranger than fiction, once we got as used to it.

No matter how much a woman loved a man, it would still give her a glow to see him commit suicide for her.

The intellectual heritage of the race belongs to the minority.

For it is the natural tendency of the ignorant to believe what is not true. In order to overcome that tendency it is not sufficient to exhibit the true; it is also necessary to expose and denounce the false.

What makes philosophy so tedious is not the profundity of philosophers, but their lack of art; they are like physicians who soughtto cure a slight hyperacidity by prescribing a carload of burned oyster-shells.

Of learned men, the clergy show the lowest development of professional ethics. Any pastor is free to cadge customers from the divines of rival sects, and to denounce the divines themselves as theological quacks.

When I think of anything properly describable as a beautiful idea, it is always in the form of music. I have written and printed probably 10,000,000 words in English but all the same I shall die an inarticulate man, for my best ideas beset me in a language I know only vaguely and speak only as a child.

The life of man in this world is like the life of a fly in a room filled with 100 boys, each armed with a fly-swatter.

I know some who are constantly drunk on books as other men are drunk on whiskey.

A woman usually respects her father, but her view of her husband is mingled with contempt, for she is of course privy to the transparent devices by which she snared him.