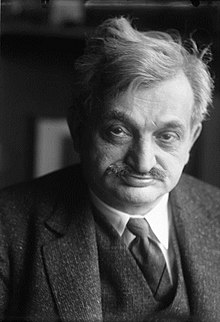 Emanuel Lasker (December 24, 1868 – January 11, 1941) was a German chess player, mathematician, and philosopher who was World Chess Champion for 27 years (from 1894 to 1921). In his prime, Lasker was one of the most dominant champions, and he is still generally regarded as one of the strongest players ever.

An advantage could consist not only in a single important advantage but also in a multitude of insignificant advantages.

The most intelligent inspection of any number of fine paintings will not make the observer a painter, nor will listening to a number of operas make the hearer a musician, but good judges of music and painting may so be formed. Chess differs from these. The intelligent perusal of fine games cannot fail to make the reader a better player and a better judge of the play of others.

Of my fifty-seven years I have applied at least thirty to forgetting most of what I have learned or read. Since then, I have acquired a certain ease and cheer which I should never again like to be without. (. . . ) I have stored little in my memory, but I can apply that little, and it is of use in many and varied emergencies. I keep it in order, but resist every attempt to increase its dead weight.

If Steinitz continually took pains to discover combinations, the success or failure of his diligent search could not be explained by him as due to chance. Hence, he concluded that some characteristic, a quality of the given position, must exist that would indicate the success or the failure of the search before it was actually undertaken.

Show me three variations in the leading handbook on the openings, and I will show you two of those three that are defective.

Do not permit yourself to fall in love with the end-game play to the exclusion of entire games. It is well to have the whole story of how it happened; the complete play, not the denouement only. Do not embrace the rag-time and vaudeville of chess.

When Alekhine recognizes the weakness in his position he has a tendency to become very aggressive. Patient defence is not for him if he can see the slightest chance of creating an attack. Yet sound strategy often demands that you submit to the opponent's will so as to strengthen your weaknesses and get rid of defects in your game.

Show me three lines of the opening theory moves and I will prove to you that two of them are incorrect.

Chess is, above all, a fight.

Steinitz was a thinker worthy of a seat in the halls of a university. A player, as the world believed he was, he was not; his studious temperament made that impossible; and thus he was conquered by a player and in the end little valued by the world, he died.

The laws of chess do not permit a free choice: you have to move whether you like it or not.

Vanity should never tempt a player to engage in a combat at the risk of loss of health. It is bad enough to lose without the additional annoyance of paying doctors' bills.

The intelligent perusal of fine games cannot fail to make the reader a better player and a better judge of the play of others.

Our efforts in chess attain only a hundredth of one percent of their rightful result. . . Our education, in all domains of endeavour, is frightfully wasteful of time and values.

I have added these principles to the law: get the Knights into action before both Bishops are developed

You should keep in mind no names, nor numbers, nor isolated incidents, not even results, but only methods. . The method produces numerous results; a few of these will remain in our memory, and as long as they remain few, they are useful to illustrate and to keep alive the rules which order a thousand results.

I have known many chess players, but among them there has been only one genius - Capablanca!

Loss generally occurs when a player overrates his advantage or for other reasons seeks to derive from a minute advantage a great return such as a forced win.

He who wants to educate himself in Chess must evade what is dead in Chess. . . the habit of playing with inferior opponents; the custom of avoiding difficult tasks; the weakness of uncritically taking over variations or rules discovered by others; the vanity which is self-sufficient; the incapacity for admitting mistakes; in brief, everything that leas to standstill or to anarchy.