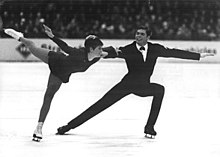 I tend to not use the word "socialist," because even though more young adults in the United States in a poll say they support socialism than do capitalism, the word socialism doesn't have a lot of meaning in this country.

Anarchism as the name for an ideal total social form is a really complicated question. I have never found satisfying answers from anarchists about the definition of the state they are opposed to. Most are opposed to coercive forms of state power. Questions about large scale systems of organization and how they will be funded - those are questions it's hard to get anarchists to give good answers to.

In Marxism there are some very unhelpful ideas about the need to push for a revolution that will overturn all of society. Marx gets that from Hegel, and it leads to some very bad politics, such as the hope that things must get worse because that will then turn into the antithesis and get better from there. A kind of wishful thinking then grows out of not seeing a realistic path forward.

We need to hold in our hearts the possibility of a better world, not because we have candy-coated the problems or lied about what we can accomplish, but because we know that we do often win and make a difference, and that all the good things we have in the world are the results of those who have had the courage and commitment to have done this work before us.

States can be more or less democratic, and so can socialism. I think any ideal society that exists on a large scale, which is what we most likely have in store for us as a human race, will involve some aspects of socialism.

The main argument is that capitalism is constituted by a varied of different practices, and so challenging capitalism needs to be about a variety of struggles. I draw on the important work of J. K. Gibson-Graham, who argues that we should model anti-capitalist struggle on feminist struggles.

There is a cultural norm on the left of being afraid to declare victory, which is related to the binary of reform
revolution. Whereas reformists are winning small gains, revolutionaries don't want people to be satisfied with those small victories because they worry this will lead to acceptance of the bigger picture of capitalism domination, and so they find a way to turn every victory into a defeat. In the book, I call for a culture of declaring victory wherever we can.

The way we get past capitalism is by building on the healthy non-capitalist aspects of our world while we also do pitched battle with the capitalist ones that we have a fair chance of winning against. In that way we build a better world and shrink the destructive capitalist practices that are part of the social fabric.

Against, Battle, Our World, Past, Pitched, Winning

I often refer to myself as a radical, reminding people that the word radical comes from the Latin word radix, meaning root. I think we need to get to the roots of problems as we try to solve them. I also like the word anti-capitalist.

Second-wave feminists didn't look for an overthrow of patriarchy. Instead, they analyzed what they were up against and fought it in all of its varied manifestations.

The terms socialist and communist are mostly about describing the world we want after capitalism, and I think they are both important.

I think there is a legitimate critique of reformism, as a politics that is content with making small changes in society without asking for bigger and deeper changes. And revolutionary reforms, meaning actions that we take in small ways to make the world a better place and disrupt some of the ways that capitalism is reproduced.

We see ourselves as inhabiting a complex social world that has some capitalist things going on in it as well as some socialist ones, some communist ones, and many where economics are not separated out of the broader fabric of life (such as sharing and gift giving, and mutual support).

Yes it is true that pro-capitalist forces have a lot of power. But so did slave-holding racists. We give ourselves hope when we conceptualize capitalism as a set of practices that can be challenged by fighting the piece of the puzzle we feel most compelled to fight.

he issue of inequality in this country [USA], and the ways that money has captured our political system, are serious indicators of that. And climate change is a game-changer. We really are in serious trouble as a species if we stick with business as usual. We desperately need to find alternatives, and in fact we are surrounded by them.

You build movements and keep people in a struggle when it feels productive. Anti-capitalists have typically been the people in movements who have declared every gain to be a trick of the capitalist class to buy us off. That line isn't very inspiring, and it shows no sensitivity to how social movements actually succeed.

One of the problems with traditional anti-capitalist thought is that it defines capitalism as a totality, which encourages us to imagine another totality, socialism, which we can try to replace it with. This totalizing perspective has colonized the imagination of anti-capitalism and left us waiting for a revolution we can never have.

Things like water and sewage systems require states in a large-scale society, but states are also a good mechanism for dealing with health care, education, public transportation, and infrastructure.