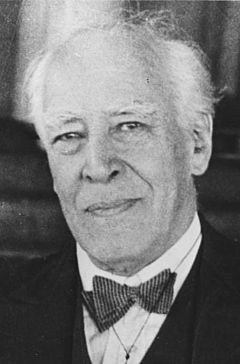 Konstantin Sergeievich Stanislavski (né Alexeiev; Russian: Константи́н Серге́евич Станисла́вский; 17 January [O.S. 5 January] 1863 – 7 August 1938) was a seminal Russian theatre practitioner. He was widely recognised as an outstanding character actor and the many productions that he directed garnered a reputation as one of the leading theatre directors of his generation. His principal fame and influence, however, rests on his 'system' of actor training, preparation, and rehearsal technique.

Our demands are simple, normal, and therefore they are difficult to satisfy. All we ask is that an actor on the stage live in accordance with natural laws.

Fear your admirers! Learn in time to hear, understand, and love the cruel truth about yourselves!

The actor must use his imagination to be able to answer all questions (when, where, why, how). Make the make-believer existence more definite.

The greatest wisdom is to realize one's lack of it.

The person you are is a thousand times more interesting than the best actor you could ever hope to be.

You must be so thoroughly immersed in the given circumstances of the play, then you decide what it is at any given moment what that the actor wants.

Remember: there are no small parts, only small actors.

The first theatre I ever found was in the backyard of a new suburban community in the foothills of the Poconos. My dad was a young FBI agent at his first or second posting - we're all from New York. He was posted in Scranton, Pennsylvania and he put the family in a brand new red-brick apartment. It was in a C-shape and behind it was a small hill that led up to the woods. There was a white-washed brick wall that was a perfect theatre! There were windows and all the ladies behind the windows in their apartments. I would go out there after lunch every day and sing opera.

In the language of an actor, to know is synonymous with to feel

The theatre infects the audience with its noble ecstasy.

Gratuitous cruelty borders on the pathological, psychotic and that becomes uninteresting because there is no choice.

In the creative process there is the father, the author of the play; the mother, the actor pregnant with the part; and the child, the role to be born.

Love the art in yourself, not yourself in the art.

In talking about a genius, you would not say that he lies; he sees realities with different eyes from ours.

Stage charm guarantees in advance an actor's hold on the audience, it helps him to carry over to large numbers of people his creative purposes. It enhances his roles and his art. Yet it is of utmost importance that he use this precious gift with prudence, wisdom, and modesty. It is a great shame when he does not realize this and goes on to exploit, to play on his ability to charm.

In every physical action, unless it is purely mechanical, there is concealed some inner action, some feelings. This is how the two levels of life in a part are created, the inner and the outer. They are intertwined. A common purpose brings them together and reinforces the unbreakable bond.

Every person who is really an artist desires to create inside of himself another, deeper, more interesting life than the one that actually surrounds him.