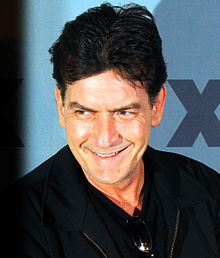 If you’re a part of my family, I will love you violently.

I tried marriage. I'm 0 for 3 with the marriage thing. So, being a ballplayer - I believe in numbers. I'm not going 0 for 4. I'm not wearing a golden sombrero.

Let's talk about something exciting. Me.

I kind of like that romantic image of being in a rocker with my family gathered around, all these generations in one room, listening intently to my stories.

That we are to stand by the President right or wrong is not only unpatriotic and servile, but is morally treasonable to the American public.

I'm on a quest to claim absolute victory on every front.

Just tell the truth and you're home free. If there are amends to be made, you make them. You own it and move on.

Slash sat me down at his house and said, You've got to clean up your act. You know you've gone too far when Slash is saying, Look, you've got to get into rehab.

If someone follows you, go to a different room. If they keep following you, get in your car. If they follow you in your car, drive to a police station. There are ways to not engage.

I've got mad energy for days. That's what people can't get their minds around. They say, 'Oh, he's going to crash. ' They try to apply all these common terms to a guy who is not common. I don't fit into their little box.

I'm tired of ignoring that I march to a different beat.

My success rate is 100 percent. Do the math.

I have Tiger Blood running through my vains.

I so desperately wanted to be Mr. Somebody. Instead, I was the little brother, included to a point.

I am on a drug. It's called Charlie Sheen. It's not available. If you try it once, you will die. Your face will melt off and your children will weep over your exploded body.

I never insert myself into situations where I am completely blind or don't have a single clue about what's being discussed. I don't to be an impostor and just helping for the sake of helping. If I am going to help somebody, I want it to be valuable. And if they don't follow my advice, then they are a frigging idiot. I'm joking.

Duh! So, we're asking you now, what are some of your favorite lines that this warlock brain produced?

People say it's lonely at the top, but I sure like the view.