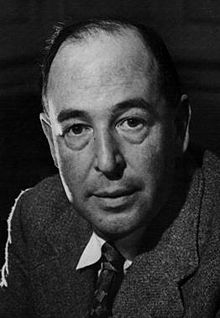 Clive Staples Lewis (29 November 1898 – 22 November 1963) was a British novelist, poet, academic, medievalist, literary critic, essayist, lay theologian, broadcaster, lecturer, and Christian apologist. He held academic positions at both Oxford University (Magdalen College, 1925–1954) and Cambridge University (Magdalene College, 1954–1963). He is best known for his works of fiction, especially The Screwtape Letters, The Chronicles of Narnia, and The Space Trilogy, and for his non-fiction Christian apologetics, such as Mere Christianity, Miracles, and The Problem of Pain.

A world of nice people, content in their own niceness, looking no further, turned away from God, would be just as desperately in need of salvation as a miserable world-and might be even more difficult to save.

Away, Desperately, Nice, People, Turned, Would Be

The man is a humbug - a vulgar, shallow, self-satisfied mind, absolutely inaccessible to the complexities and delicacies of the real world. He has the journalist's air of being a specialist in everything, of taking in all points of view and being always on the side of the angels: he merely annoys a reader who has the least experience of knowing things, of what knowing is like. There is not two pence worth of real thought or real nobility in him. But he isn't dull.

First be sure that you know exactly what you want to say. Then be sure you have said exactly that.

To get even near humility, even for a moment, is like a drink of cold water to a man in a desert.

If God thinks this state of war in the universe a price worth paying for free will. . . then we may take it it is worth paying.

The world was made partly that there may be prayer; partly that our prayers might be answered.

If you picture Time as a straight line along which we have to travel, then you must think of God as the whole page on which the line is drawn.

Goodness is, so to speak, itself; badness is only spoiled goodness. And there must be something good first before it can be spoiled.

God, who needs nothing, loves into existence wholly superfluous creatures in order that he may love and perfect them.

I wish I were younger. What inclines me now to think you may be right in regarding [evolution] as the central and radical lie in the whole web of falsehood that now governs our lives is not so much your arguments against it as the fanatical and twisted attitudes of its defenders.

Onward and Upward! To Narnia and the North!

To play well the scenes in which we are 'on' concerns us much more than to guess about the scenes that follow it.

No one returns from Christianity to the same state he was before Christianity but into a worse state: the difference between a pagan and an apostate is the difference between an unmarried woman and an adulteress. For faith perfects nature but faith lost corrupts nature. Therefore many men of our time have lost not only the supernatural light but also the natural light which pagans possessed.

Very often the only way to get a quality in reality is to start behaving as if you had it already.

Of Course God does not consider you hopeless. If He did, He would not be moving you to seek Him (and He obviously is). . . Continue seeking Him with seriousness. Unless He wanted you, you would not be wanting Him.

Friendship arises out of mere Companionship when two or more of the companions discover that they have in common some insight or interest or even taste which the others do not share and which, till that moment, each believed to be his own unique treasure (or burden).