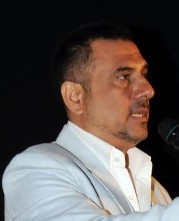 Boman Irani (born 2 December 1959) is an Indian film and theatre actor, voice artist and photographer of Irani descent. He is widely known for his comedic and villain roles in Bollywood films such as Don, Munna Bhai MBBS, 3 Idiots, Happy New Year, PK and Dilwale.

For me, a director is a director immaterial of the gender. At the end of the day, the audience is only interested in watching a good film.

Director, Directors, Film, Interested, The End Of The Day

I still reject lead roles, as I don't accept any role if I don't find it challenging enough. I am very careful while making selections.

When I was child, I never spoke. Teacher used to write remarks on my note book. My mom sent me to a trainer. I started talking, and it gave me confidence.

I just love to work and spend time with my family. And that's the reason I don't look at the length of the role, but what it has to offer me.

I get scared when I think I'm going to miss my flight. I get obsessed when I actually miss a flight.

I was overjoyed when I was offered the title role in 'Well Done Abba. ' I was ready for the role even before I heard the story because you don't ask questions when it is Shyam Benegal's film. It is the chance of a lifetime.

I used to follow celebrities, and I remember I watched Sanjay Dutt and Pooja Bhatt shooting for 'Sadak'. I was standing on the road at three in the night, but little did I know that I would be making a film with Sanjay at some point in my career.

Fear is one thing that can ruin everything. It's the greatest problem.

Everything, One Thing, Problem, Ruin, Ruins

One can understand a person by the way he removes his wallet and puts his hand to take out money.

Very few movies remain in public memory as landmark films, and I want to see whether '3 Idiots' will be up there with some of the wonderful films that have come out of this country Hopefully, we'll come to know in a few years whether it can become one of the great films.

I usually go with roles that I find entertaining. But every once in a while, there comes along a film that has an important social message. As actors, we have a certain responsibility toward our audience.

I'm an actor, and I don't look at myself as providing comic relief. I have done diverse and dark roles such as a psycho, murderer, and others in films such as 'Don', 'Eklavya' and '3 Idiots. '

I'm not a hero or a superstar. I'm an everyday guy. I feel happy when children approach me. I feel that something good is happening in life when little kids recognise me.

I don't mind being identified as any character as long as I'm doing a good job as an actor. I have done all kinds of roles - from an editor, judge, police officer, murderer to a corrupt businessman.

The day we learn to allow an ambulance to pass through in traffic, might be the first step towards being a truly responsible society.

My theory is children don't do what you tell them to do, they do what you do. You have to always do the right thing because they follow you.

No affairs for me. It is so wonderful to have a family to come home to, to sit with them, pull each other's legs. . . To lose all of that for what? Who's got the time? I'm having great fun working.