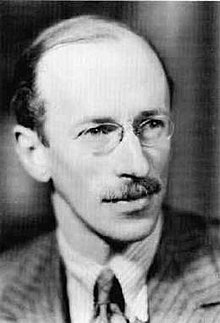 Sir Basil Henry Liddell Hart (31 October 1895 – 29 January 1970), commonly known throughout most of his career as Captain B. H. Liddell Hart, was an English soldier, military historian and military theorist. Following World War II, he was a proponent of the West German rearmament and the moral rehabilitation of the German Wehrmacht. As part of these two interconnected initiatives, Liddell Hart significantly contributed to the creation of the Rommel myth.

The search for the truth for truth's sake is the mark of the historian.

. . . regrettable as it may seem to the idealist, the experience of history provides little warrant for the belief that real progress, and the freedom that makes progress possible, lies in unification. For where unification has been able to establish unity of ideas it has usually ended in uniformity, paralysing the growth of new ideas. And where the unification has merely brought about an artificial or imposed unity, its irksomeness has led through discord to disruption.

The principle of compulsory service, embodied in the system of conscription, lias been the means by which modem dictators and military gangs have shackled their people after a coup d'état, and bound them to their own aggressive purposes. In view of the great service that conscription has rendered to tyranny and war, it is fundamentally shortsighted for any liberty-loving and peace-desiring peoples to maintain it as an imagined safeguard, lest they become the victims of the monster they have helped to preserve.

[The] aim is not so much to seek battle as to seek a strategic situation so advantageous that if it does not of itself produce the decision, its continuation by a battle is sure to achieve this. In other words, dislocation is the aim of strategy.

Air Power is, above all, a psychological weapon - and only short-sighted soldiers, too battle-minded, underrate the importance of psychological factors in war.

If you wish for peace, understand war.

The art of the indirect approach can only be mastered, and its full scope appreciated, by study of and reflection upon the whole history of war. But we can at least crystallize the lessons into two simple maxims- one negative, the other positive. The first is that, in face of the overwhelming evidence of history, no general is justified in launching his troops to a direct attack upon an enemy firmly in position. The second, that instead of seeking to upset the enemy's equilibrium by one's attack, it must be upset before a real attack is, or can be successfully launched

It is folly to imagine that the aggressive types, whether individuals or nations, can be bought off. . . since the payment of danegeld stimulates a demand for more danegeld. But they can be curbed. Their very belief in force makes them more susceptible to the deterrent effect of a formidable opposing force.

The most dangerous error is failure to recognize our own tendency to error.

It is only to clear from history that states rarely keep faith with each other, save in so far (and so long) as their promises seem to them to combine with their interests.

The most effective indirect approach is one that lures or startles the opponent into a false move - so that, as in ju-jitsu, his own effort is turned into the lever of his overthrow.

This high proportion of history's decisive campaigns, the significance of which is enhanced by the comparative rarity of the direct approach, enforces the conclusion that the indirect is by far the most hopeful and economic form of strategy.

In war the chief incalculable is the human will, which manifests itself in resistance, which in turn lies in the province of tactics. Strategy has not to overcome resistance, except from nature. Its purpose is to diminish the possibility of resistance, and it seeks to fulfil this purpose by exploiting the elements of movement and surprise.

As has happened so often in history, victory had bred a complacency and fostered an orthodoxy which led to defeat in the next war.

Direct experience is inherently too limited to form an adequate foundation either for theory or for application. At the best it produces an atmosphere that is of value in drying and hardening the structure of thought. The greater value of indirect experience lies in its greater variety and extent. History is universal experience, the experience not of another, but of many others under manifold conditions.

If you find your opponent in a strong position costly to force, you should leave him a line of retreat as the quickest way of loosening his resistance. It should, equally, be a principle of policy, especially in war, to provide your opponent with a ladder by which he can climb down.

The effect to be sought is the dislocation of the opponent's mind and dispositions - such an effect is the true gauge of an indirect approach.

In the case of a state that is seeking not conquest but the maintenance of its security, the aim is fulfilled if the threat is removed - if the enemy is led to abandon his purpose.

War is always a matter of doing evil in the hope that good may come of it.